The Affordable Care Act – What Does It Mean For Families? On March 23, 2010, President Obama signed into law the Affordable Care Act (ACA), putting into place comprehensive health care changes that were scheduled for implementation over the next four years. Almost immediately, ACA provisions began phasing in, despite court challenges to the ACA.
In June 2012, the U.S. Supreme Court upheld nearly all of these ACA changes, allowing existing provisions to remain in effect, and the remaining provisions to continue to be phased in through 2014. For a complete list of Key Features of the Affordable Care Act, By Year, click on this link.

ACA Provisions Already In Effect:
Pre-existing Conditions The ACA prohibits insurers from denying coverage to children under age 19 because of a pre-existing condition. (Effective since September 2010)
Maintaining Coverage for Young Adults This ACA provision allows parents to keep their adult children on a parent’s insurance plan until the child reaches age 26, unless the young adult is offered insurance at his/her employment. (Effective since September 2010)
Denying Coverage Based on a Technicality Insurance companies can no longer rescind coverage due to errors or other technical mistakes on a customer’s application. Some insurers have used such technicalities to deny coverage to individuals who had become ill. This practice is now illegal. (Effective since September 2010)
Providing Free Preventative Care All new plans must cover certain preventative services without charging a deductible, co-pay or coinsurance. Covered services for children include screenings for autism, blood pressure, cervical dysplasia and hearing, as well as behavioral assessments.  Click on this link for a complete list of covered services. (Effective since September 2010)
Eliminating Dollar Limits on Lifetime Essential Benefits The ACA prohibits insurance companies from imposing lifetime dollar limits on essential benefits such as hospital stays. Insurers have also been restricted from putting annual dollar limits on coverage of essential benefits in all new plans. (Effective September 2010)
Increased Access to Home Care Since October 1, 2011, the new Community First Choice Option has allowed states to offer home and community based services to people with disabilities through Medicaid rather than only offering institutional care in nursing homes. (Effective since October 2011)
ACA Provisions Scheduled for Implementation in 2013 and 2014:
Two Additional Years of Funding for the Children’s Health Insurance Program (CHIP) Effective October 1, 2013, states will receive two additional years of funding under CHIP for the express purpose of continuing insurance coverage for children ineligible for Medicaid due to their parents’ income.
Prohibiting Discrimination Due to Pre-Existing Conditions or Gender Effective January 1, 2014, insurers will be prohibited from denying coverage for anyone with a pre-existing condition or because of gender, regardless of age. They will also no longer be able to charge customers additional fees due to a pre-existing condition.
Eliminating Dollar Limits on Annual Essential Benefits Effective January 1, 2014, the law will expand from no lifetime limits (implemented in Sept. 2010) to include no annual limits to the amount of coverage for essential benefits an individual may receive, and will be effective for both new and existing plans.
Preserving Insurance for Those Enrolled in Clinical Trials Effective January 1, 2014, insurers will not be allowed to drop or limit coverage because an individual chooses to participate in a clinical trial to treat any life threatening disease including, but not limited to, cancer.

Summary: The ACA provisions guarantee that no child can be denied coverage due to a pre-existing condition, either temporary or permanent, and that similar protection will apply to adults by 2014. All children, regardless of health status, can remain on their parents’ insurance plans until age 26 unless the child can obtain coverage through his/her own employer. Dollar limits on annual and lifetime essential benefits coverage cannot be put into new policies and will be removed from existing policies. Rates cannot be raised based on an individual’s gender or health status.
If you have additional questions about the ACA and it’s impact on your family, or want more information, contact Delaware Family Voices at 302-221-5362.
For a full timeline of the ACA’s provisions, visit HealthCare.gov’s What’s Changing and When Timeline for ACA Changes. 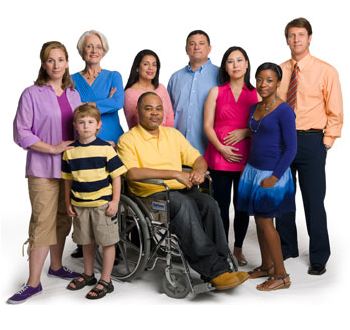